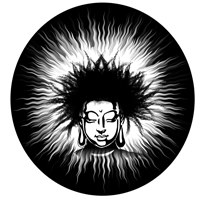 Let's see...I'm actually a musician. I've always had an interest in art but I never pursued it to the fullest. Music was/is my primary passion. I discovered Poser back in 1999 I believe it was. I saw the possibility to create a comic using 3d art so I dived in head first. But life has a way of throwing some serious curve balls your way when you think you have everything all figured out.

Long story short my father was diagnosed with Alzheimers and I wound up moving back home (from Atlanta) to help my mother take care of him. THis was around 2004 or 5. The whole comic idea was put on the backburner but it stayed in the back of my mind. I don't think I opened Poser once in over 10 years.

About a year ago I decided to get back into this art thing and resurrect this comic book idea. I have Poser 4. Now Poser is up to 11.LOL I'm trying to catch up with all the madness of what happened with Michael and Victoria figures and DAZ studio. I dread having to learn another program or just dealing with trying to swap figures between the two. Oh well. For now I'm just using what I have which is M3 and V3. Don't laugh to hard. I'll catch up soon enough.

This user has yet to upload any art .